David performed at the 2018 Mona Foma Festival in Hobart, January 2018.

He presented a series of solo appearances, titled “Stillness, A Man and One Instrument” at various gallery locations.  Read the review here.

He also appeared in the concert “Zappa in Recital”. The music of art rocker Frank Zappa (and other Zappa-inspired compositions), rearranged for an unusual piano, saxophone and drums trio. Alessandra Garosi (Italy) on piano, Adam Simmons (Melbourne) on saxophones and David Jones on drum kit. The synergy between the 3 musicians is vibrant. This project was a sellout in their last appearance at the Melbourne Recital Centre. Powerful, dynamic, humourous, zany and inspired music-making. 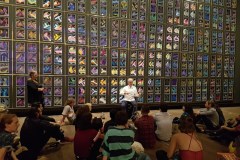 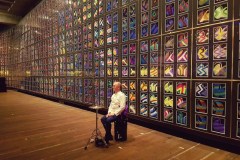 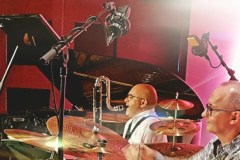