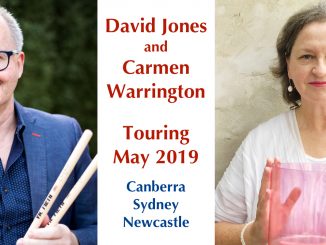 Evocative meeting of world music, jazz and classical elements. David is bringing the David Jones Mini Orchestra to the Salon, Melbourne Recital Centre for 1 show only on 1st September at 4pm. It will be […]

David Jones adds a new string to his bow … well, actually 4 strings. In a career first, David Jones has added Composing for String Quartet to his list of credits. The David Jones Mini Orchestra is a new concept of […]