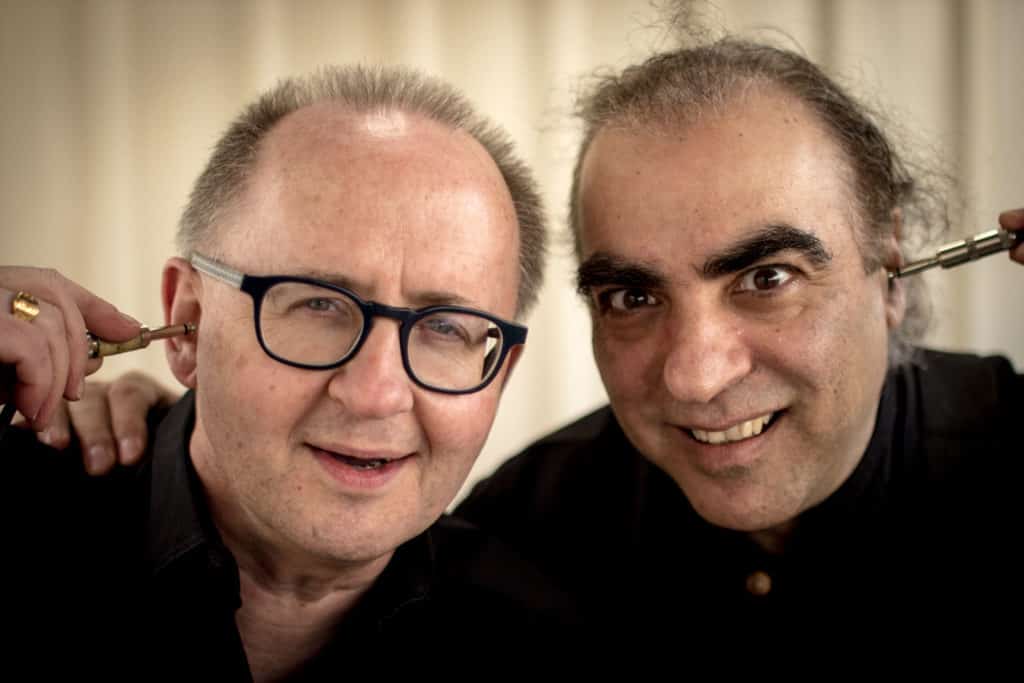 Photo credit www.yetiboyfilms.com3rd Ear is a trip into borderless realms of sound, groove and feeling. The totally improvised music is a rich tapestry of acoustic and electronic layering. It’s music for the “film of the mind”.

David is considered one of the great innovative drummer/percussionists. Evri is a rare maestro of 6-string bass and an orchestrator of electronic effects.
A truly transcendent 3rd Ear experience awaits the listener.

Get your Festival Tickets here.